There are some important installation process need to be  carried out.

Install Node.js® and npm if they are not already on your machine. Verify that you are running node version 4.6.x or greater, and npm 3.x.x or greater by running node -v and npm -v in a terminal/console window. 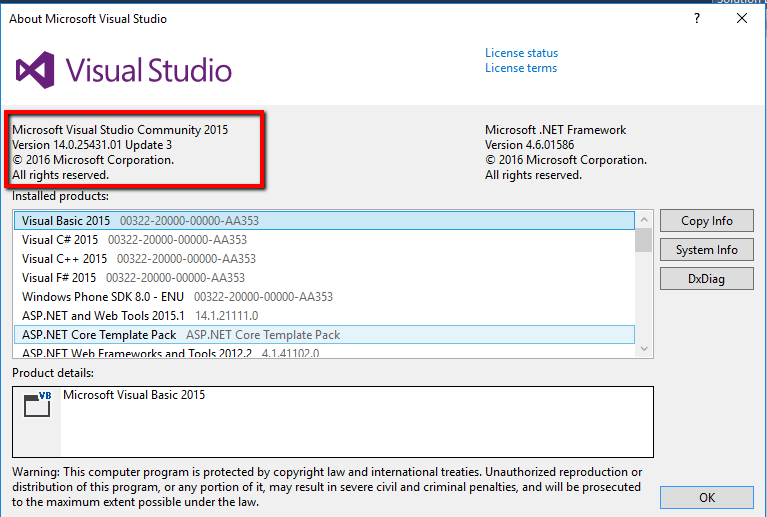 Configure Visual Studio to use the global external web tools instead of the tools that ship with Visual Studio:

While Visual Studio Update 3 ships with Typescript support out of the box, it currently doesn’t’t ship with Typescript 2, which you need to develop Angular applications.